I knew John Knox was a Knox cousin, but the Wesley boys?

Posted by Hershel Parker at 4:39 PM No comments:

Podesta the master of--is it understatement? Boy, sanity in the White House and Humor.

“I don’t think it’s fair to say that most of what Trump did can be undone in an afternoon. It’s going to take at least ten days,” said John D. Podesta, a former adviser to President Barack Obama who lobbied for the targeted use of executive action in Mr. Obama’s second term when congressional Republicans blocked his environmental and immigration proposals.

Posted by Hershel Parker at 8:13 PM No comments:

My resolve--to stop obsessing about politics except when unavoidable

At 8 pm on 8 November 2016 I saw what had happened and came downstairs to work. Soon we gave up Direct TV and after the 8th I never watched Rachel Maddow again until a few months ago I began to see her in episodes on MSNBC. For more than 2 years I simply refused to hear anyone talk about Trump. I was in complete denial, and worked on the Revolution and on Melville. I left the room if anyone insisted on talking about him. I knew that whatever was happening was too monstrous for me to deal with if I wanted to go about my writing and beach-going sanely. I had outlived Nixon, whom I had obsessed about from that October day in 1952 when he gave the slimy Checkers Speech (which Eisenhower was fooled by). I could not allow myself that level of obsession again. Now, I cannot obsess about Qanon or the Proud Boys or the treasonous congressmen and women who tried to undo the election on the 6th. (Is there a more accurate word than treasonous?). I cannot obsess even about the rabid WHITE POWER saluter Hawley and the slimy sleazy Cruz. I have had a year in which I was told by the best ocular oncologists that I would lose the right eye maybe before I died of lymphoma. I have had devastating Valley Fever and hallucinatory Vertigo in the last year, after getting vision back and not dying of lymphoma. I have blood clots still and shoot myself up morning and night. I will still post encouragement to Biden, remembering what I said to him a third of a centuryt ago in Amtrak after his aneurysms, "It's good to see you looking so strong, sir." I will still post encouragement to the new senators from Georgia, whom I funded lavishly until the caretaker told me I did not have to send money every time they asked. I will still taunt Texas, where I voted for the great Ralph Yarborough while they missed out on a chance to have Beto instead of the insurrectionist. But I will get back to work and let the President and the Vice-President and the Speaker handle most of the work. And soon I hope to feel the terrible burden of more than four years beginning to lift.
Posted by Hershel Parker at 9:51 AM No comments:

Stew from an online recipe--sourkraut? one beer. 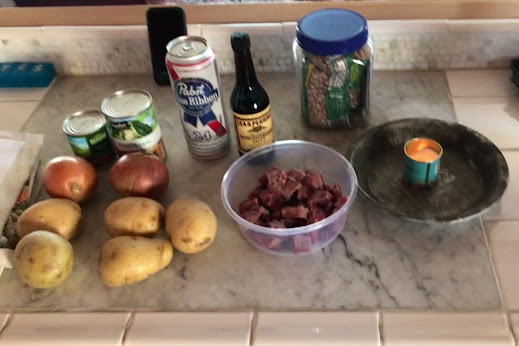 Posted by Hershel Parker at 1:15 PM No comments:

As a former Texas Voter (for Ralph Yarborough) I remind Living and Voting Texans: You could have had Beto in the Senate on 6 January 2021

Posted by Hershel Parker at 8:12 AM No comments:

WHAT I SAID TO JOE BIDEN A THIRD OF A CENTURY AGO: "IT'S GOOD TO SEE YOU LOOKING SO STRONG, SIR."

Today, it was again good to see him looking so strong.

Posted by Hershel Parker at 9:54 AM No comments: 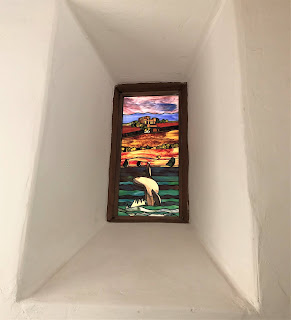 Posted by Hershel Parker at 10:10 AM No comments: